// Mai Eve are a duo with a crossover sound combining EDM and Rock. With its roots in the 80's synth sound, multi layered production, and the unique, nostalgic vocals of Izabella Clare,  the result is club beat  tracks delivered with power, intensity and melody. Songs with meaning and an uplifting delivery that are unique, but still commercial. They bring together their extensive experience in heavy melodic rock, with their love of sequencers and original analogue keys, to make you feel - while you dance. Songs with melodies that take up residence in your brain and curl themselves around your consciousness with or without invitation.

// It was almost 10 years ago when Izabella Clare and Rob Varley tore up their pink slips and walked out on their last band. Disillusioned and fed up with compromising on the music, the image, the direction and commitment (or lack of ), of the other band members, they made the inevitable decision to go it alone. Unshackled and free from constraint, they set fire to their past and set  about writing completely new songs, the way they had always wanted to.

// From those ashes arose the phoenix that became 'Eve Of Poison.' Influenced at the time by bands such as: Nightwish, Theraphy?, Marilyn Manson, and into the gothic image, they produced their first album: 'Ascension'. A romantic portrait, powerful, melodic, with dark undertones. Driving strings, subterranean sacredness, mischievous electronics and beguiling hook lines provide the basis of the sound. Feminine wicked vocals sneak into the scenery. Izabella's vocal cords shine with a darkness. The album was recorded entirely in their home studio and then taken to Whitehouse studios for mixing and mastering. Released with accompanying videos they achieved nearly 250,000 You Tube channel views, and still counting. Available on all major online platforms, it is still selling. 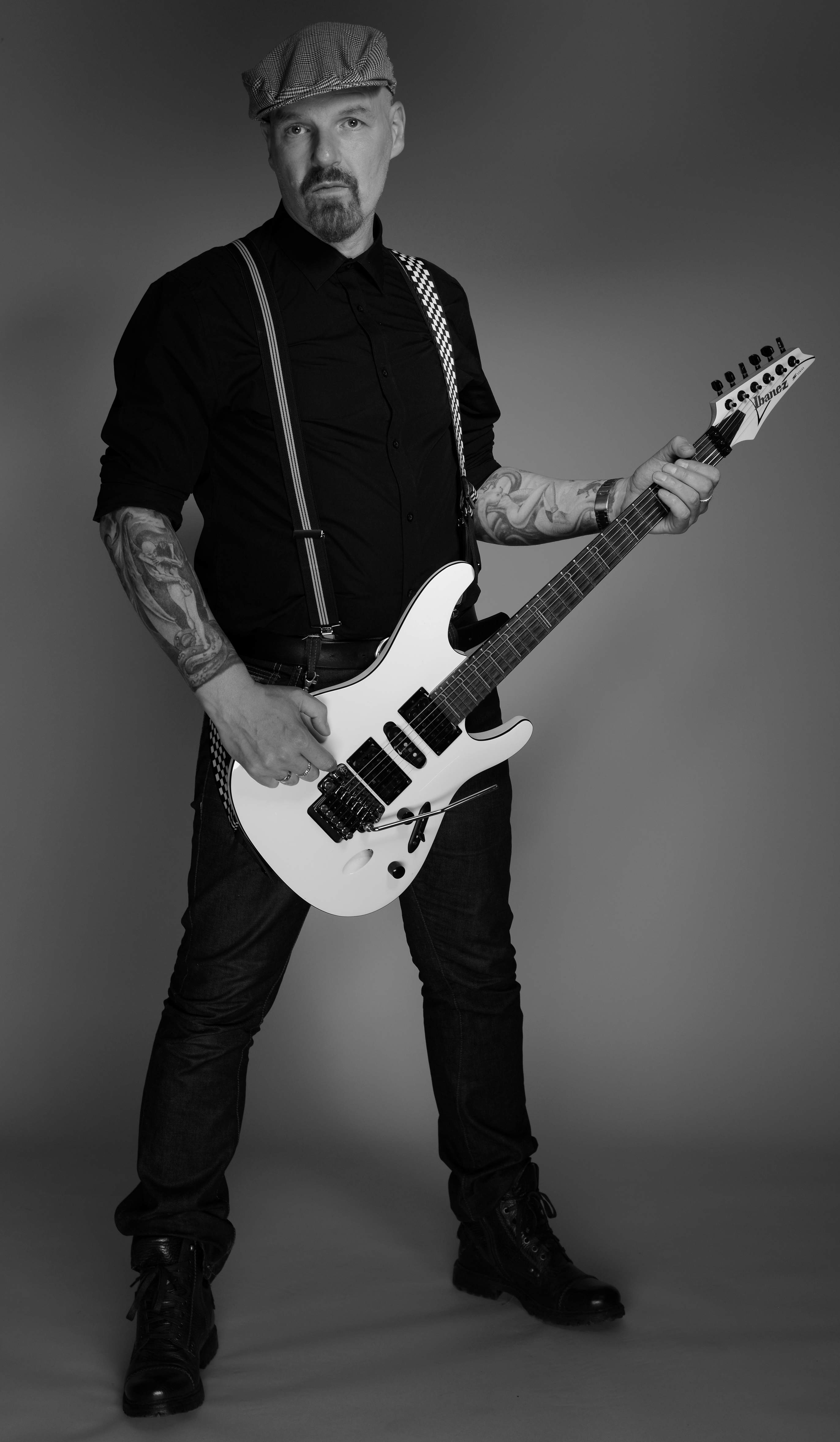 // In mid 2016 they faced a dilemma. As much as they loved what they were doing, they simply missed gigging. The trials and tribulations, the problems with venues and sound engineers long forgotten, they wanted to get back in front of an audience. In particular Izabella who no longer had the excuse for buying clothes on the basis that they would look good when performing live. At the same time, an opportunity arose for Izabella to work and perform in LA. So a plan was hatched. While Izabella did her thing in LA, Rob would rework the songs with an electronic arrangement suitable for performing live with a backing track, and switch from playing bass to playing guitar live. Izabella of course would do the vocals, emulating one of her inspirations from the past - Yazoo and the great Alison Moyet. Also a great excuse to upgrade the studio and get some new keyboards. 'Cool,' Izabella said. 'See you in six months.' 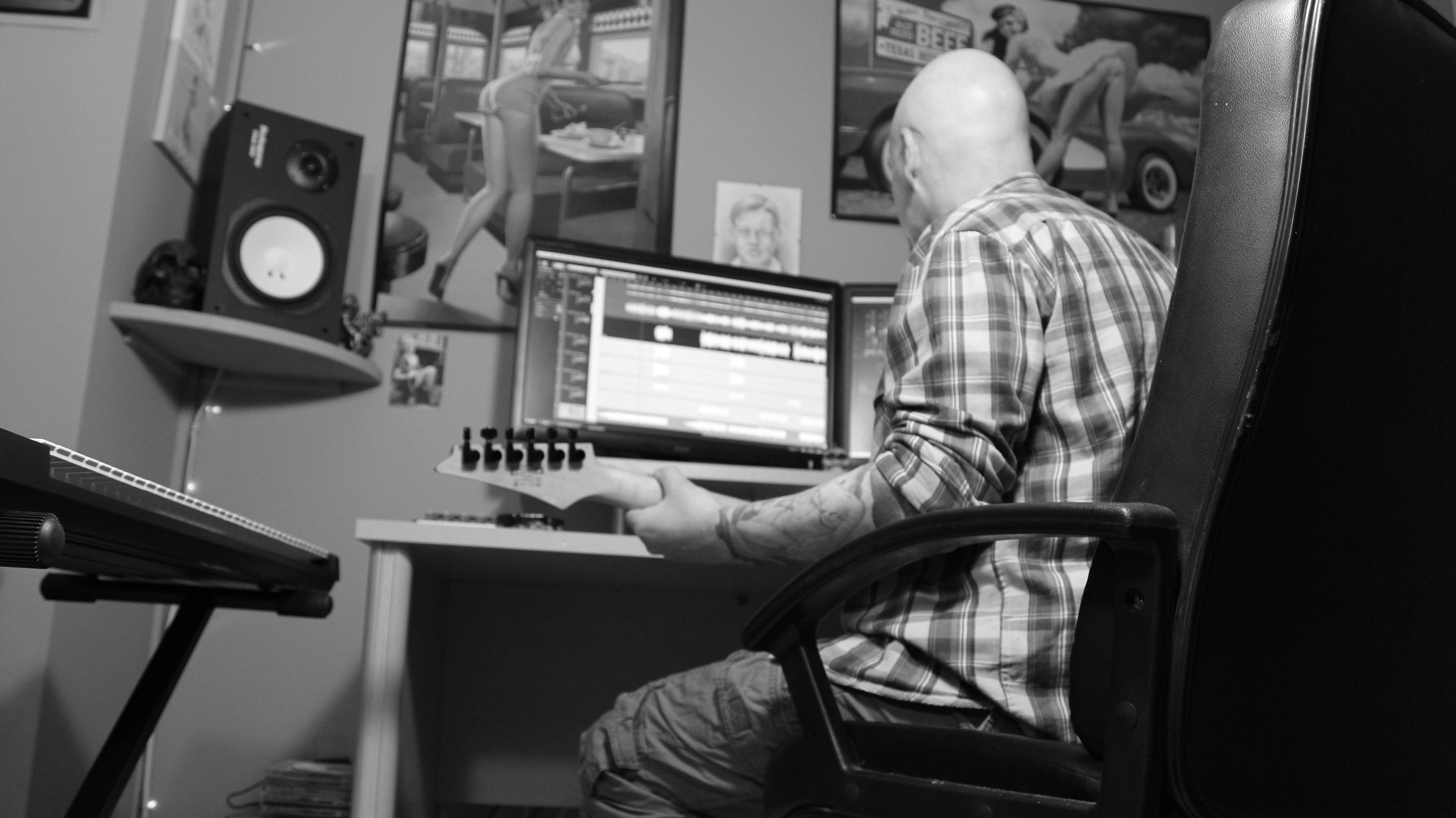 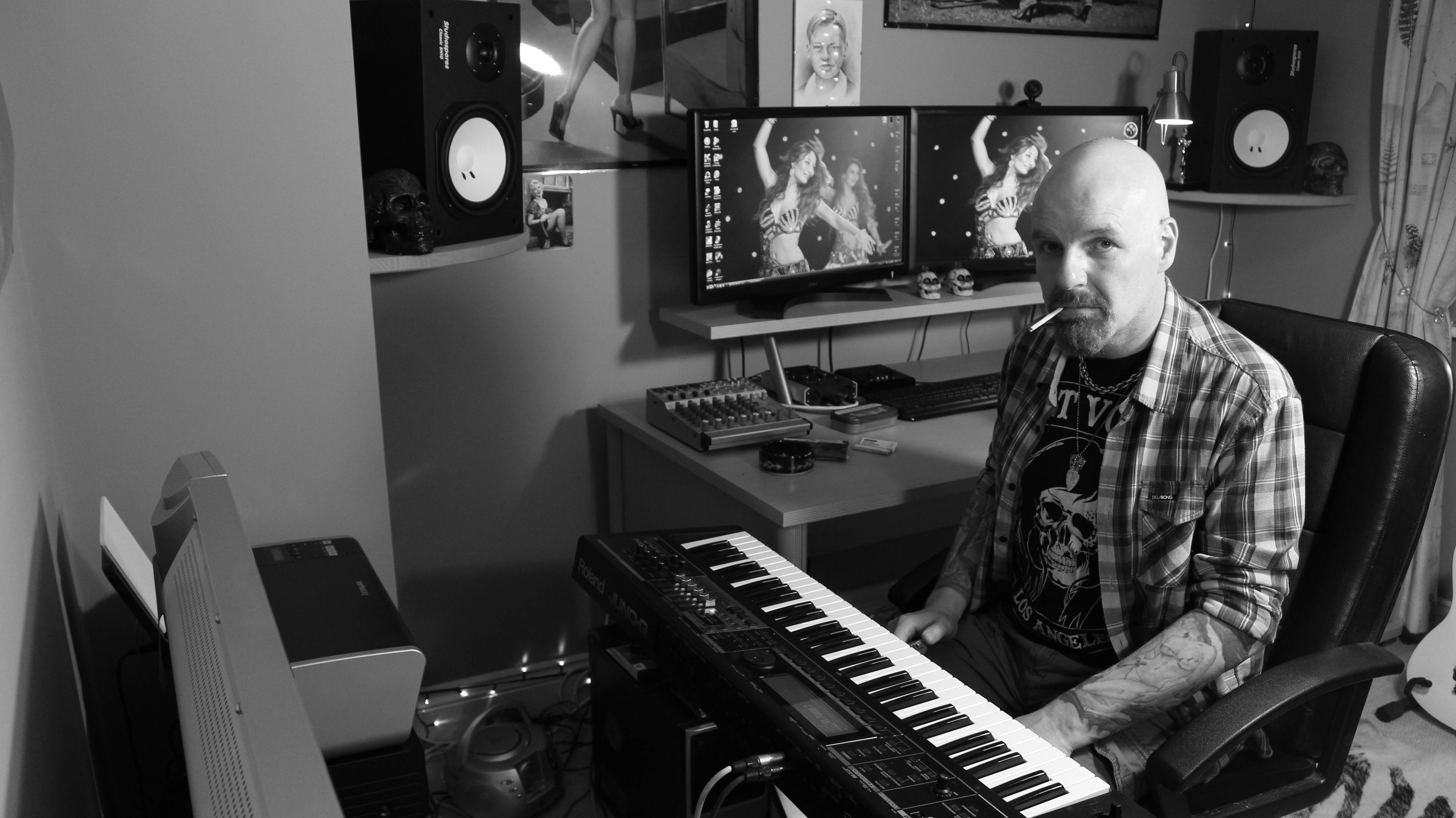 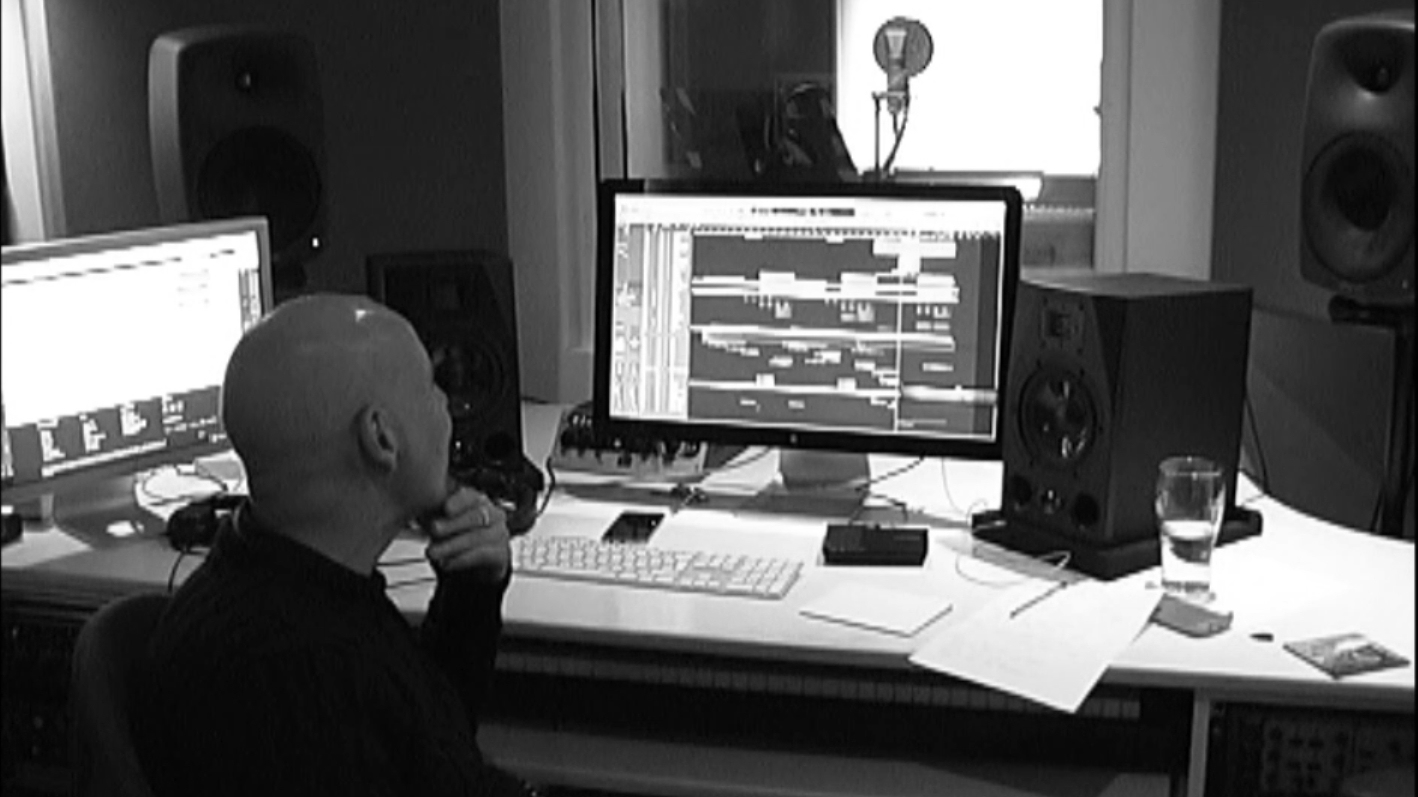 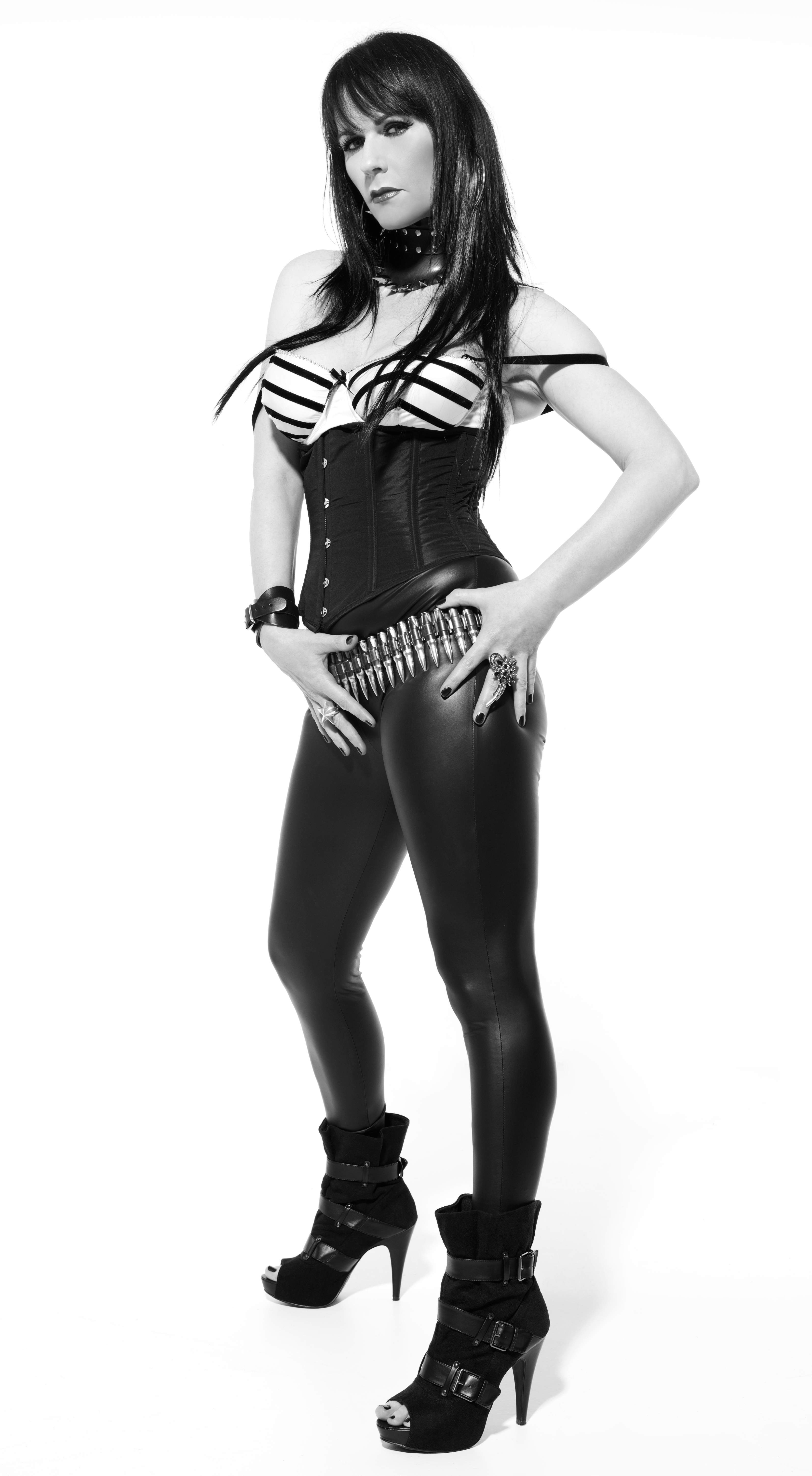 // On arriving back in the UK, flushed with success and a suitcase full of new clothes, Izabella was soon to learn that Rob had not been quite truthful with the updates he had given during the many Skype sessions. It turned out that reworking existing songs was much harder than writing new ones, especially if they were great to begin with. With increasing excitement, whilst somewhat shocked, Izabella listened as he nervously explained that although he had remixed a couple of the songs, he had in fact spent most of the time working on a completely new album. Even more shocking was the revelation that during a long night in the studio, looking for a little light relief and inspiration, he had discovered a Selena Gomez album and was now a fan!!

// The idea behind the new tracks was to combine the sounds and feel of great 80's keyboard led rock bands: 'Ultravox' and 'OMD' in particular, with the modern dance arrangements of 'Salena and the Script'. Throw in a little heavy guitar, strong vocals, lots of melody and voila!! Something unique and hopefully, still commercial.

// So, the tracks were played. Izabella listened, and the rest is history. She loved it. Of course, it meant there would be a lot of work. They needed a new name, new image and this new website. They also had to write many more songs, go back in the studio, put together the live backing track and start rehearsing again. So although 'Mai Eve' was only launched in 2019, the project has been in the making for nearly three years. And it has not been entirely painless.

// So, here we are. 'Mai Eve' have now performed a couple of local warm up gigs. Some tweaks had to be made, but its all great now. The live sound is full on, intricate, multi layered and great quality. Izabella's vocals and the live guitar mix perfectly to give an almost studio sound. The sub bass thunders through your chest as the melodies excite your ears. The power is explosive while the urge to move your feet is irresistible. In parts, it is both uplifting and melancholy, sad and joyous. A truly uplifting, feel good experience.

// The first two studio sessions working with producer Andy Whitmore at Greystoke Studios in London, have now been completed. The debut single is titled - 'When You Scream' is an upbeat dance track with a dark subject matter.

// If you would like to hear more, there is a four track EP available on request, entitled - 'Silk'. It includes the following tracks: 'When You Scream', 'Love Is All Around', 'I Will love You', and 'Tell Me'. Contact us for the private link. It is also available in the good old fashion way, as a CD that can be posted to you! All songs written and performed by 'Mai Eve', produced by Andy Whitmore. Copyright 2019.

// The remaining tracks for the album have been completed and are available as demo versions. The plan is to go back in the studio and record these with Andy to bring them to the same standard as the EP.

// Thank you for listening. I hope you are as excited by Mai Eve as I am. If you would like to get involved in the band, please contact us via email to: robert.varley9@googlemail.com. Thank you.