// The road we took, the journey continues, the destination is unknown, we keep moving. This is our story. 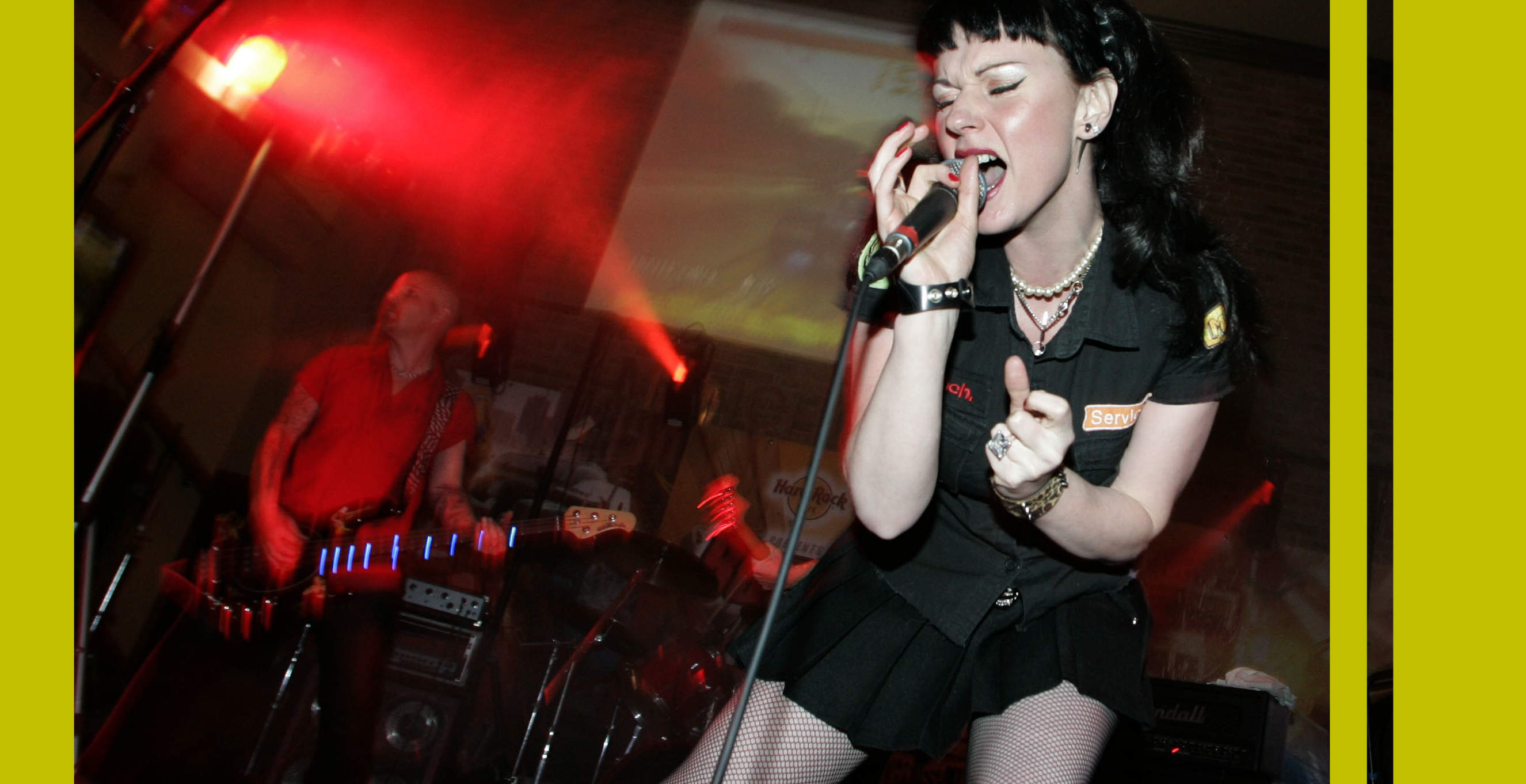 // Live as 'Sucking Diesel' in Manchester

and here we begin...

// Our History, our journey - by Rob Varley

// Saturday night in a pub called 'The Thatched Cottage' in Farnbrough, a little worse for ware, and contemplating whether we could squeeze in one more round before closing time. Having decided we could, I found myself alone at my table while my mate made he's way to the bar on shaky legs. Hearing the chair pulled back and thinking he had made it in good time, I looked up from my stupor, and with blurry eyes saw a striking girl sat opposite me with her chin coolly resting on her hands and a look of obvious confidence, cocky, on her face. Although wearing bear googles, it was obvious she was a real looker.

// Now, at this point, various thought were popping into my head, the overriding one being: wow,   this doesn't happen often!! I was desperately thinking of something cool to say, while at the same time not looking panicked, when she came to my rescue and said, "you're in that band, aren't you?" To which I happily replied, "yes, BIGHOUSE". Then unnecessarily added, "rhythm guitarist and song writer". She smiled but looked unimpressed. A long moment passed before she simply responded, "are you looking for a singer?" We wasn't, but for some unknown reason I said "yes", and gave her my phone number. She took it, stood up and left. My pint arrived and I promptly forgot about the whole thing, knowing I would never see her again.

// Very late the next morning, I was woken by the telephone and to my surprise it was an actual girl, who introduced herself as Izi and spoke as though I should know who she was. I was feeling a little rough and not too sharp, so it took a while for me to work out it was the looker from last night. I was shocked, if not a little excited. But I was really shocked when she told me what I said, namely that we were looking for a singer and had invited her for an audition. "When are you next rehearsing," she asked? Still dazed, I told her and gave her the details. "See you there," was all she said. Abruptly she hung up. "Shit", I thought. "What was I going to tell the band, and especially Tony, who as far as I was aware, was perfectly happy being our singer. I went back to bed and convinced myself that there was no way she would turn up, or if she did she would be rubbish.

// Guess what? The band was pleased with the idea of having a female singer, and has it happens, Tony wanted to concentrate more on playing lead guitar. At rehearsal, I noticed that everyone in the band had made an extra effort with their appearance and we all practiced being cool while we waited for her. She turned up late, sung brilliantly and that was that. I don't remember anyone actually offering her the position, she just assumed, and none of us would have had the bottle to tell her no anyway. So, all worked out well.

// We went through various name changes and different line ups, but Izi and I remained together, writing songs and looking for our sound. We slowly moved towards a heavier rock sound. We gigged constantly, although it was always a struggle finding the right musicians and holding the bands together.

// After various other bands which I will not mention, and much endeavor, we hit the jackpot when we teamed up with Adam and Lee and formed our most successful band to date: 'Absolute'. Adam was a much better guitarist than me, so I switched to playing bass, and loved it. We were together for over seven years during which time we had a lot success. 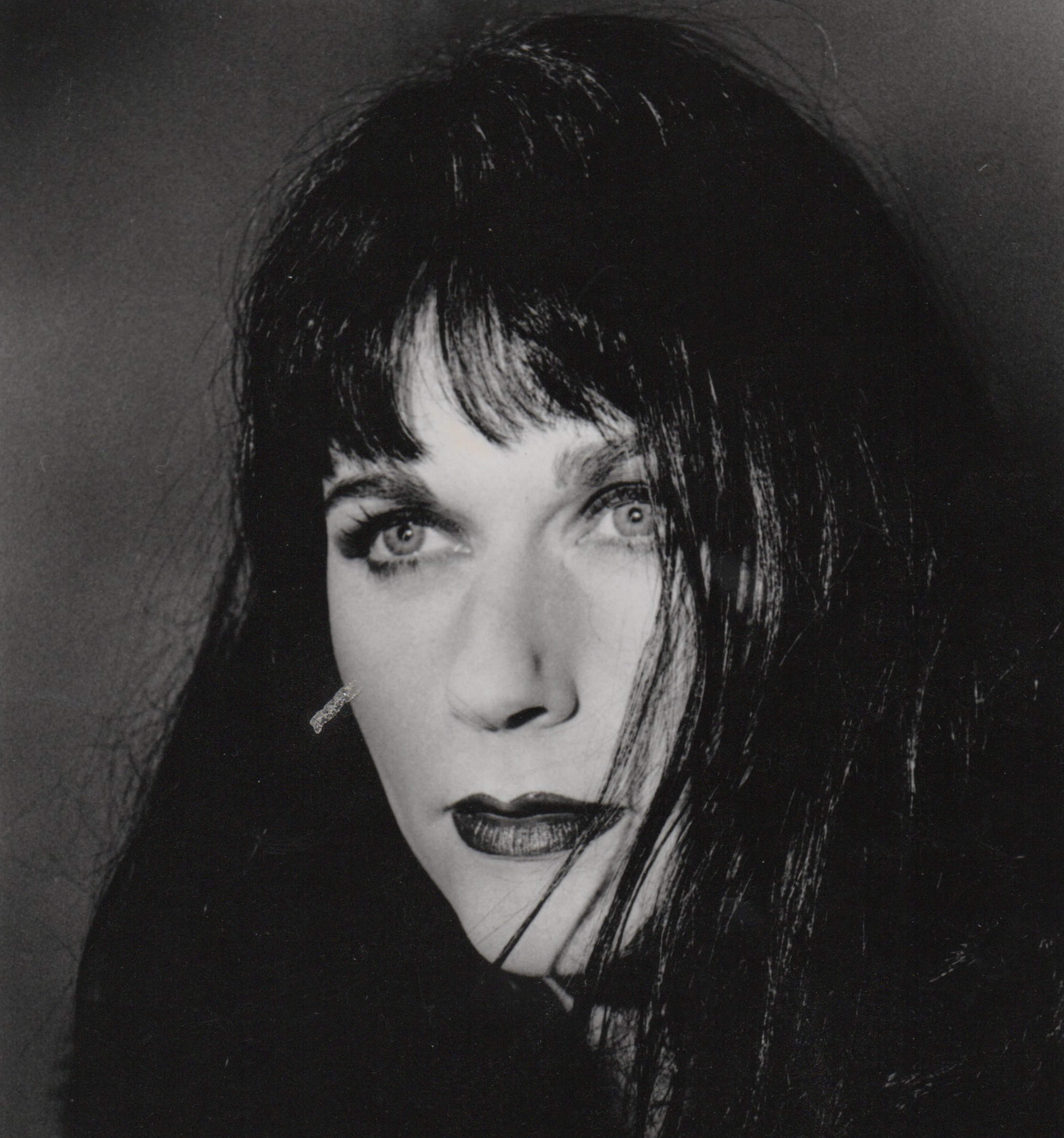 // Inevitably, all things come to an end, and Absolute ran its course. It was the old musical differences problems, meaning where do we go next? The question to which each of us had a different answer. Fortunately, Izi and I were on the same page. We wanted to get a little more mainstream and a bit punky. We had some ideas for new songs and a new style, all we needed now was a new band. Guitarist and drummer, shouldn't be difficult?

// This video accompanied our most successful release: Obsessive. Video made by the band and  some college friends studying film. Appeared on MTV. 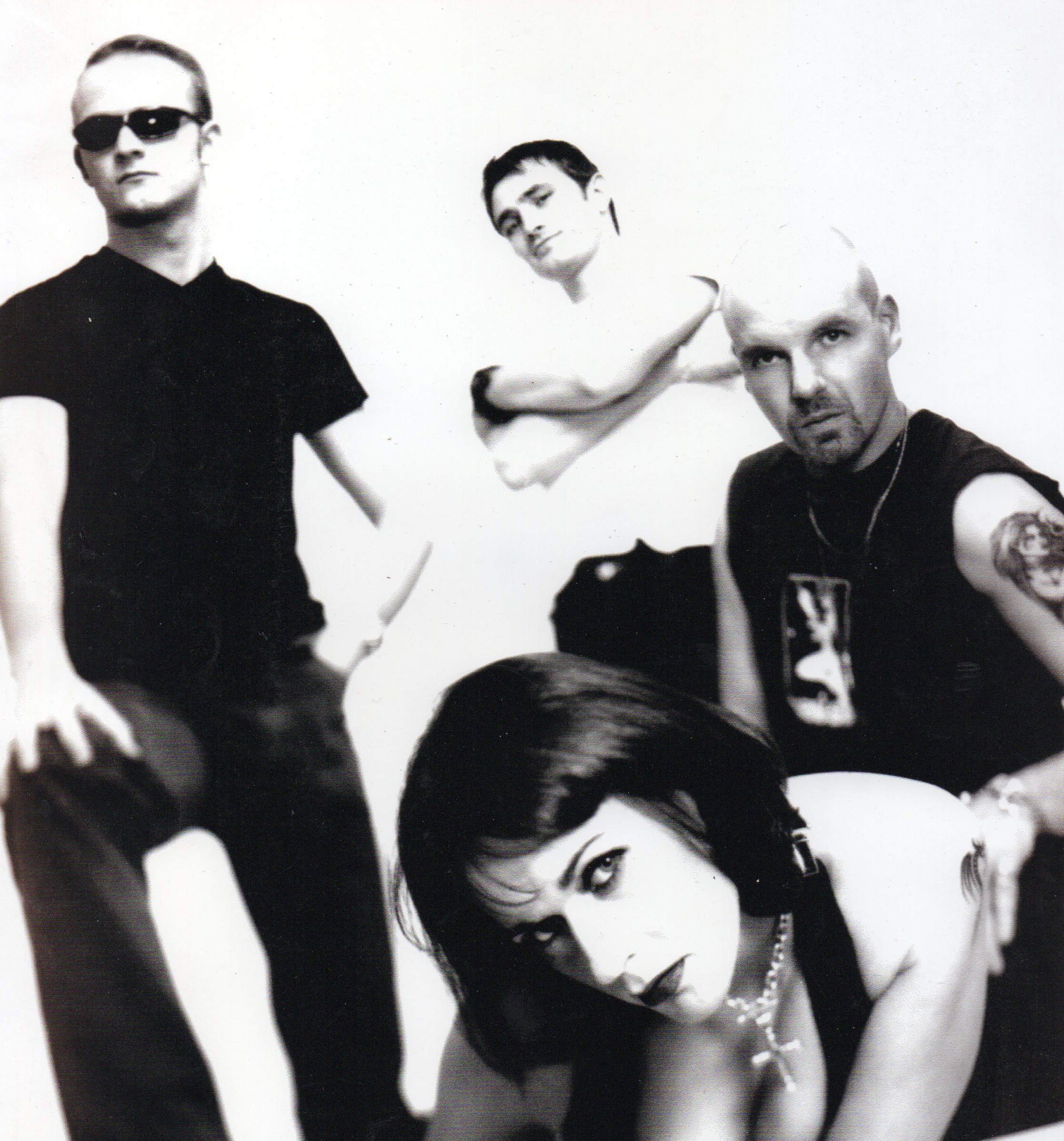 // Well, we got our wish. 'Sucking Diesel', was born late one winter's night in a smoke filled room of a pub just off the A31. The band was not around for long, but we burned brightly for a while. I think we spent more time choosing the name then we did writing the first song. We produced an album as a one take live recording in the studio. And we named it: 'Trailer Trash'. Just two days, one to record the songs, and one to mix. We had a great energy that we wanted to capture, and we did. We had some great live shows, full of energy and a degree of aggression you can only get with a punky attitude. It was different for us, but we loved it. We kept the melody and had a great retro influenced image. 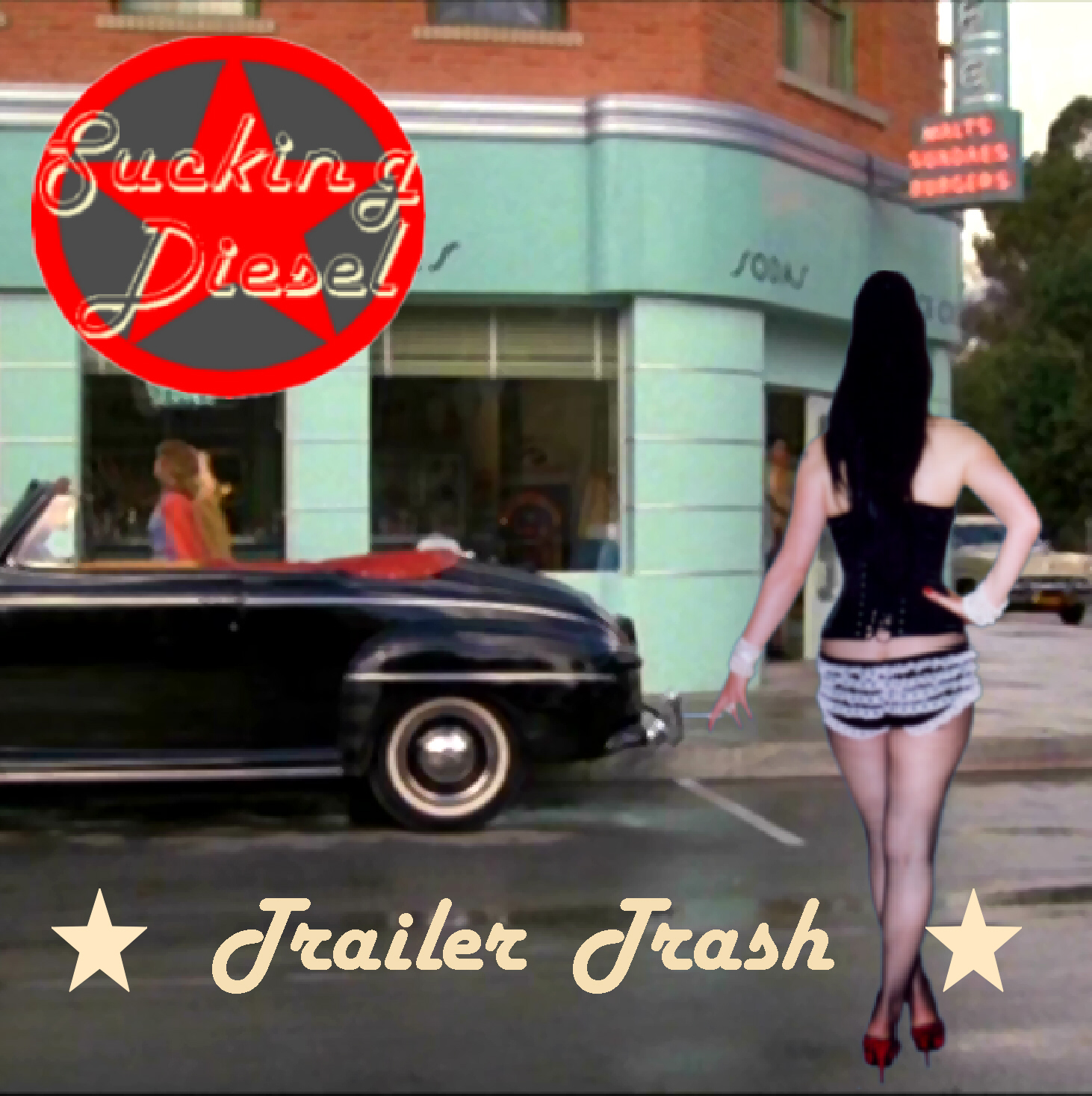 // Live performance at The Joiners in Southampton. Remember it well, the support band were a pain and we had an argument with the management. Happy days.

// Video to 'Trailer Trash', our first single. Made by a mate with a simple camcorder at the place where we rehearsed to a live recording of the song. Sometimes, keeping it simple really works. 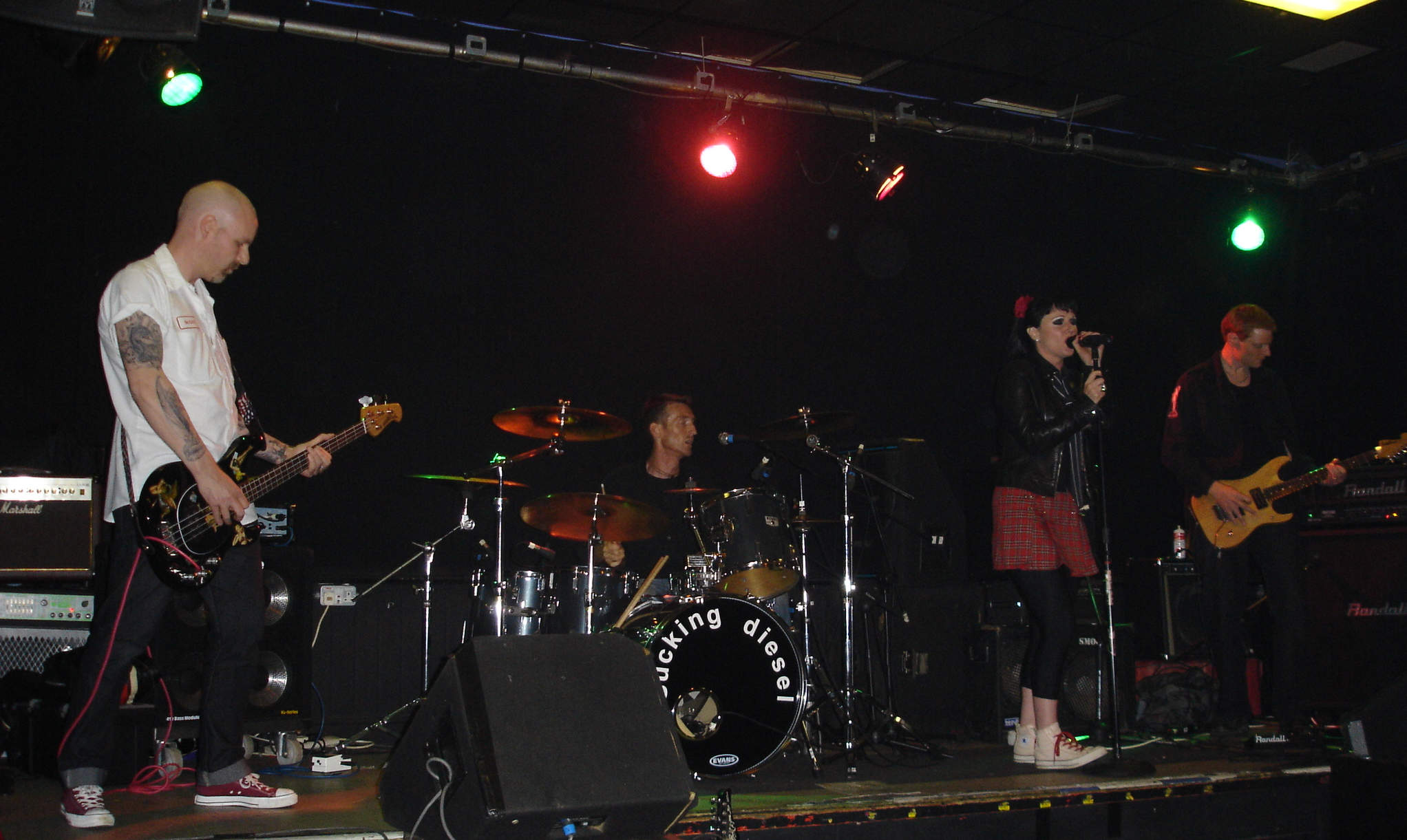 // Alas, things came to an abrupt end. It was time for a drastic rethink. Disillusioned with the problems in keeping a band together, we decided on a radical change. For the first we would go it alone. So we formed Eve Of poison and decided to go back to rock, only this time with a touch of Gothic. At the time we both loved the image and the whole genre. Our first thought was to go in the studio with two songs we had already written, and use session musicians, which we did and it was great, although, a little expensive. We would need a different approach in order to produce a full album.  So, with the aid of a computer and our home studio, we began work. Drums were programmed, all recordings made at home. Hours went by, days turned to nights.  It took a long time but eventually we had 12 songs. We looked upon them and they were good. We then went to a professional studio and mixed them. The album was called: 'Ascension'. It was heavy, but still melodic, and had dark undertones. Perfect. For live appearances we used temporary members and session musicians. I can't tell you how liberating it was to have members who just played what you asked them to with no arguments. We done some of our best live shows ever.

// This was our second single: 'Dressed In Black'. Song recorded with the help of session musicians and our friend who ran the studio. Recorded at OutHouse studio in Reading. Video made by us. 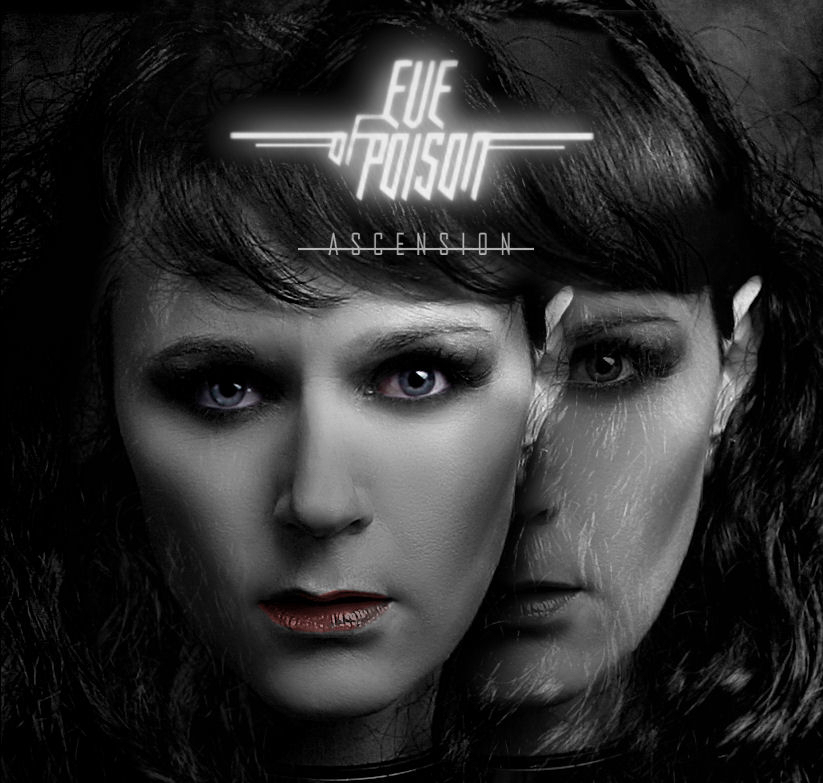 // The album: Ascension
prev next 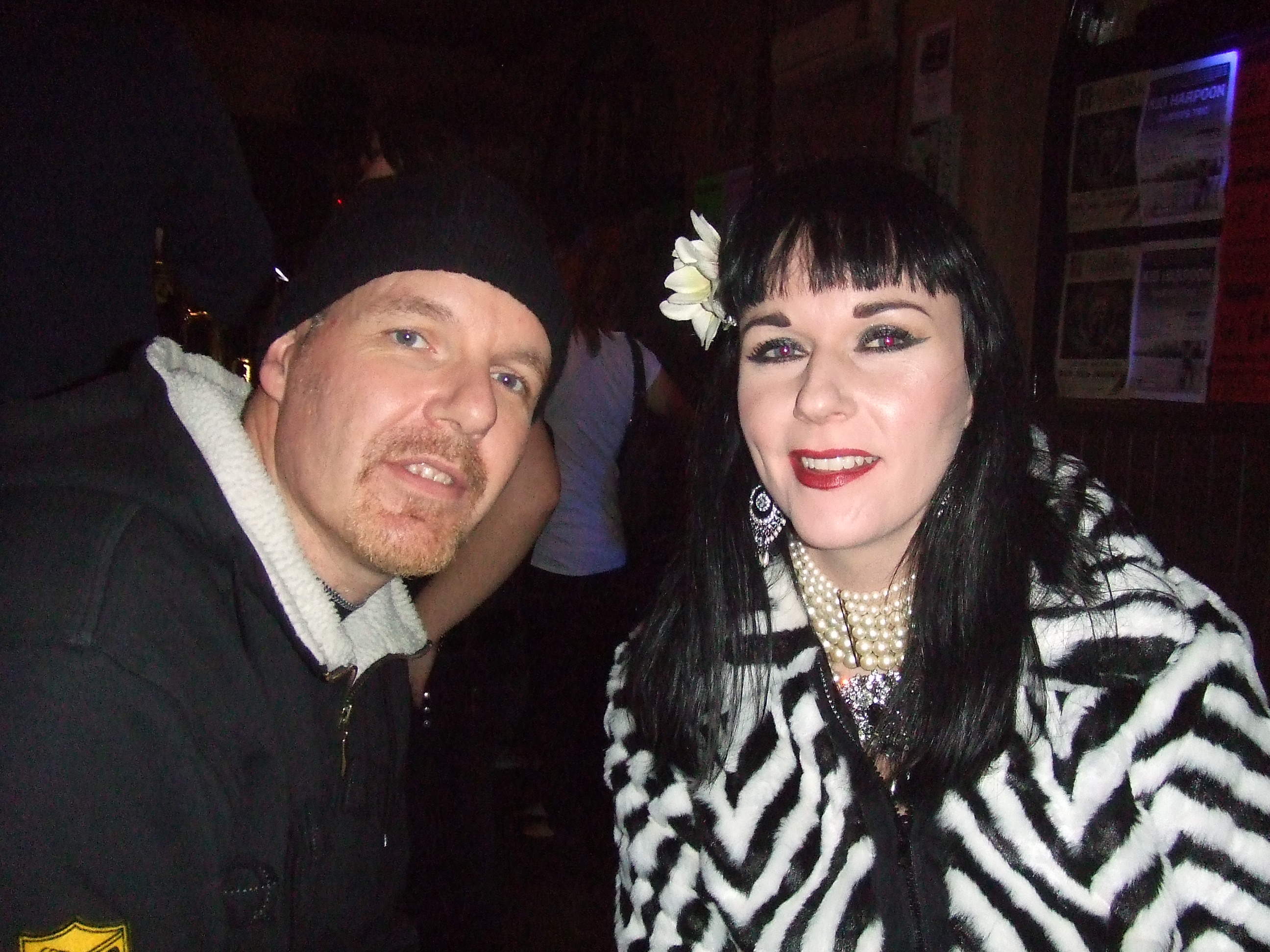 // Can't remember where this was?

// So how did we get to Mai Eve, I hear you ask?. Well, truth is, Izi got ill and was unable to sing for a long period of time. Experiencing withdraw symptoms, I decided on the idea of remixing a couple of our existing tracks. So for the first time, and this is shocking, I turned my hand to keyboards and synths. And the more I did it, the more I got into it. I always ran everything past Izi and she helped when it was needed. We both liked the results so we kept going.

// A big thing happened in 2018, we took a track into a specialist EDM studio and had the luck to work with a great producer: Andy Whitmore. The result was a song called: 'When You Scream'. We couldn't believe how great it sounded, we absolutely loved it. So in October 2018, we decided to go the whole nine yards and launch a new act and we called it: 'Mai Eve'.

// Thanks for listening, now you know.